The Fast Facts about Jonathan:

As a proud union member, the son of public school teacher and a small business owner, Jonathan has dedicated his career to fighting for equality and economic resilience for every community. He believes there is no greater power than the power of the people, and aspires to a life in public service making the daily lives of his fellow Philadelphians better. That is why he is running to represent the people of the 182nd House District in Philadelphia. He has built his campaign on listening to and addressing the needs of Philadelphians first, and always.

A seasoned legislative and political advocate, Jonathan will be ready on day one to get to work on behalf of his constituents in the State Capitol. In the last five years, as Senior Vice President of the National LGBT Chamber of Commerce (NGLCC), he has been responsible for writing and passing more than twenty-five state and local laws, including right here in Pennsylvania, opening up billions of dollars in contracts and economic development to small business owners, including minorities, veterans, those with disabilities, and LGBTQ-owned entrepreneurs. During his time at NGLCC, Jonathan has been honored by organizations throughout Pennsylvania and across America for his leadership on issues including saving small businesses, fighting for equality, anti-violence, civic engagement.

His passion for service and taking care of his neighbors is rooted in a belief that when we all do better, we all do better. That is why Jonathan dedicates himself to fighting for affordable and inclusive healthcare; essential services for our seniors and veterans; gun free, fully-funded schools; supporting our arts and culture institutions; preserving our environment; and protecting Philadelphians’ important voice in government.

That is why he helped found the PhillyVoting.org initiative, expanding voter registration and civic confidence in his city of Philadelphia during the toughest days of the pandemic. He fought tirelessly for a free and fair election for all his neighbors — a crucial component of our democracy.

When he’s not actively fighting for economic justice and equity, you’ll find Jonathan volunteering his time throughout Philadelphia as a mentor with AmeriCorps PA and Students Demand Action PA; fundraising for Philadelphia Diversity & Inclusion Summit and the Liberty City Democrats;, and supporting Planned Parenthood of Southeastern Pennsylvania, Gay Officers Action League Philadelphia, and Democratic Jewish Outreach PA. He is especially proud to serve on the Board of Directors of the Global Philadelphia Association and the William Way LGBT Community Center.

Jonathan is running to represent the people of center city Philadelphia in Harrisburg to continue using his advocacy, policy and legislative skills to further listen to, fight for and take care of his Philadelphia neighbors. 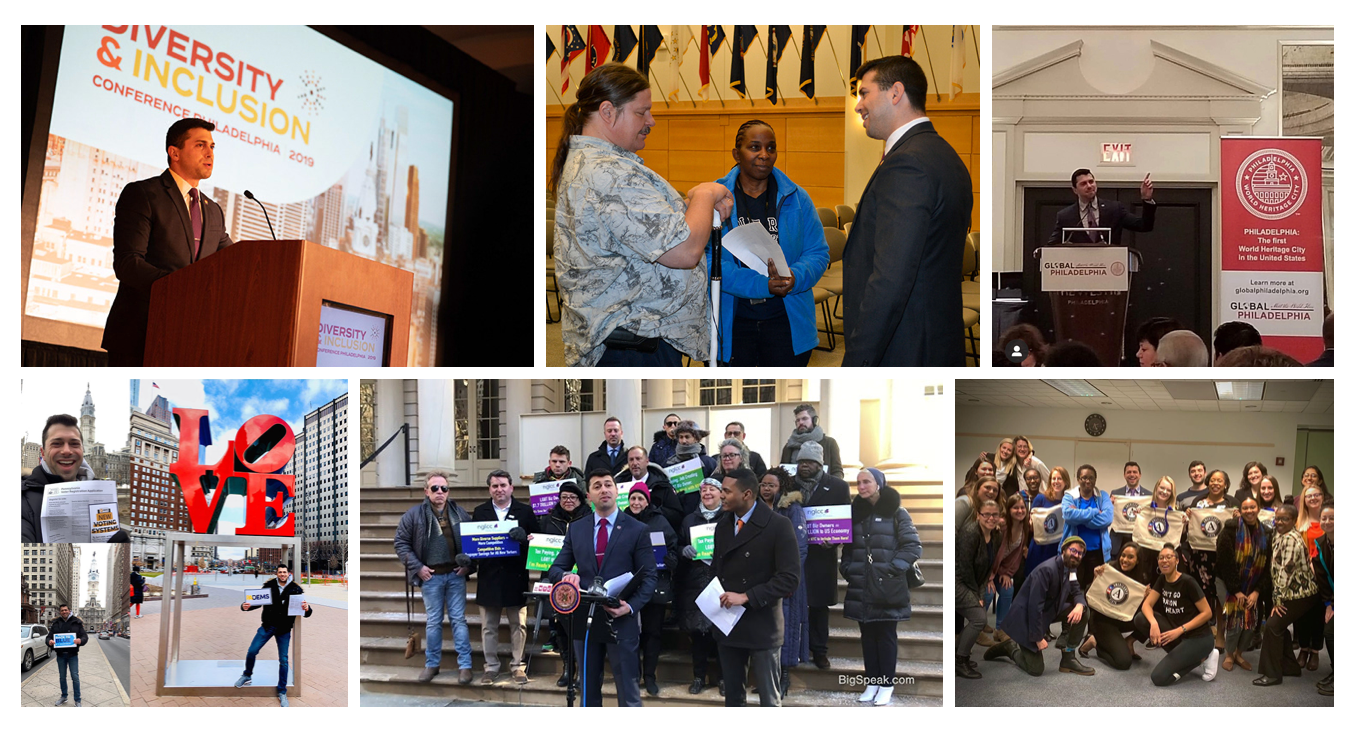 Jonathan D. Lovitz, taking care of business across the country

Meet the Man Encouraging Queer Consumers to Invest in Ourselves